theory web
NOTE: this project has been discontinued. Interested in software that can do everything that Euphony did, and much more? Head over to Artusi, a revolutionary new way to learn and teach music theory.

In 2017–2019 I developed a browser-based music notation editor titled Euphony, which was designed for SATB part writing. Users received real-time feedback on voice-leading errors such as parallel 5ths.

What follows is a brief technical description of the app.

Euphony is built with React.

The editor itself is built with Vexflow, which renders notation using Scalable Vector Graphics (SVG). Vexflow is also responsible for overlaying analytical feedback on the score.

Global state is managed by Redux.

The most commonly dispatched Redux action types within the editor include ADD_NOTE, CHANGE_EVENT_DURATION, and so on.

As I developed Euphony I had to think about the most concise way to represent chords, keys, notes and other musical objects, as well as their interrelationships.

This led to a minimal state representation for each object. For example, notes in Euphony have the following signature:

Other data are derived from this minimal state, such as a note's accidental, octave, offset, the measure it is located in, and so on.

Sound is loaded and managed via the Web Audio API.

Instructors can manage their course from this view, including the creation of modules, exercises, and real-time grade statistics. 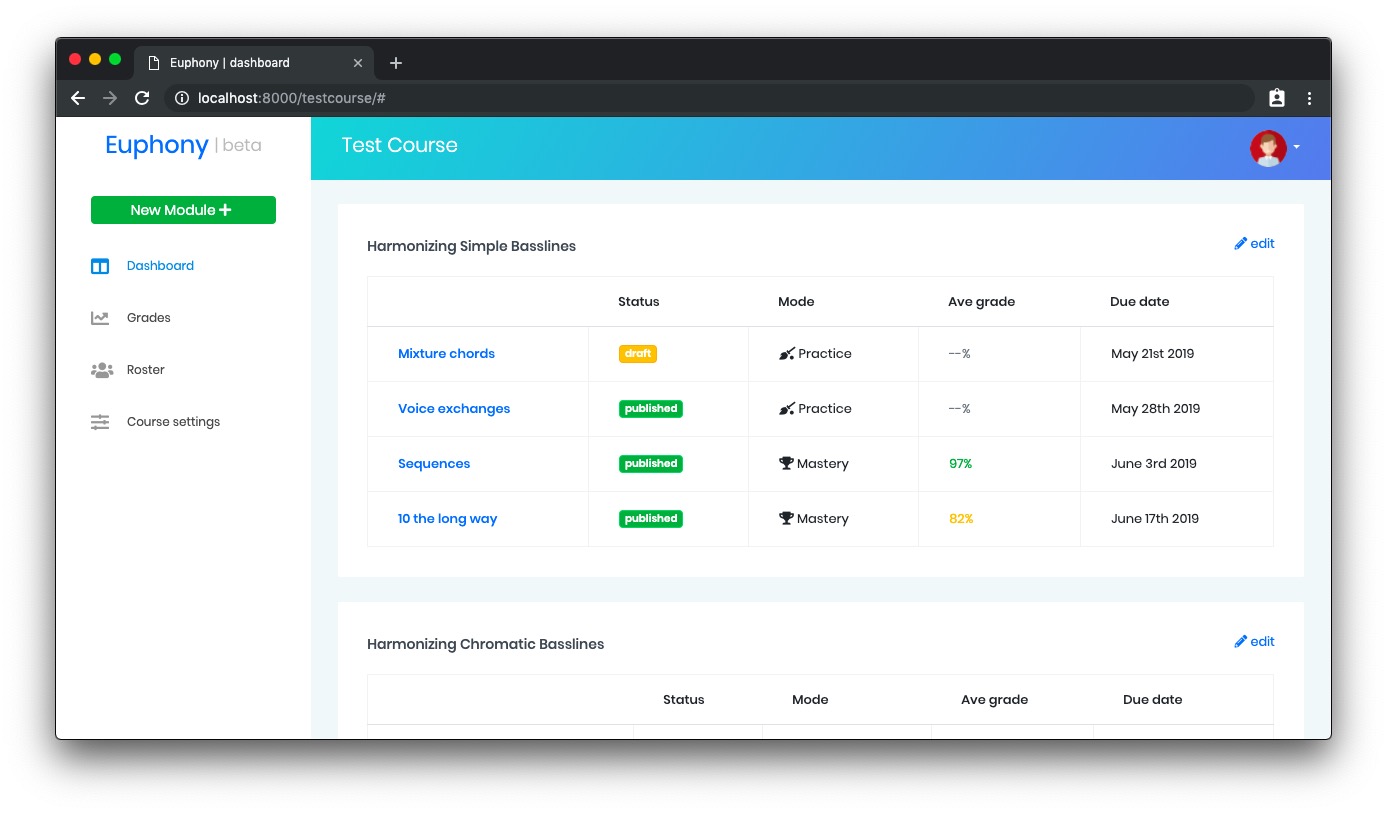 Instructors can fully customize the kind of feedback that students receive. 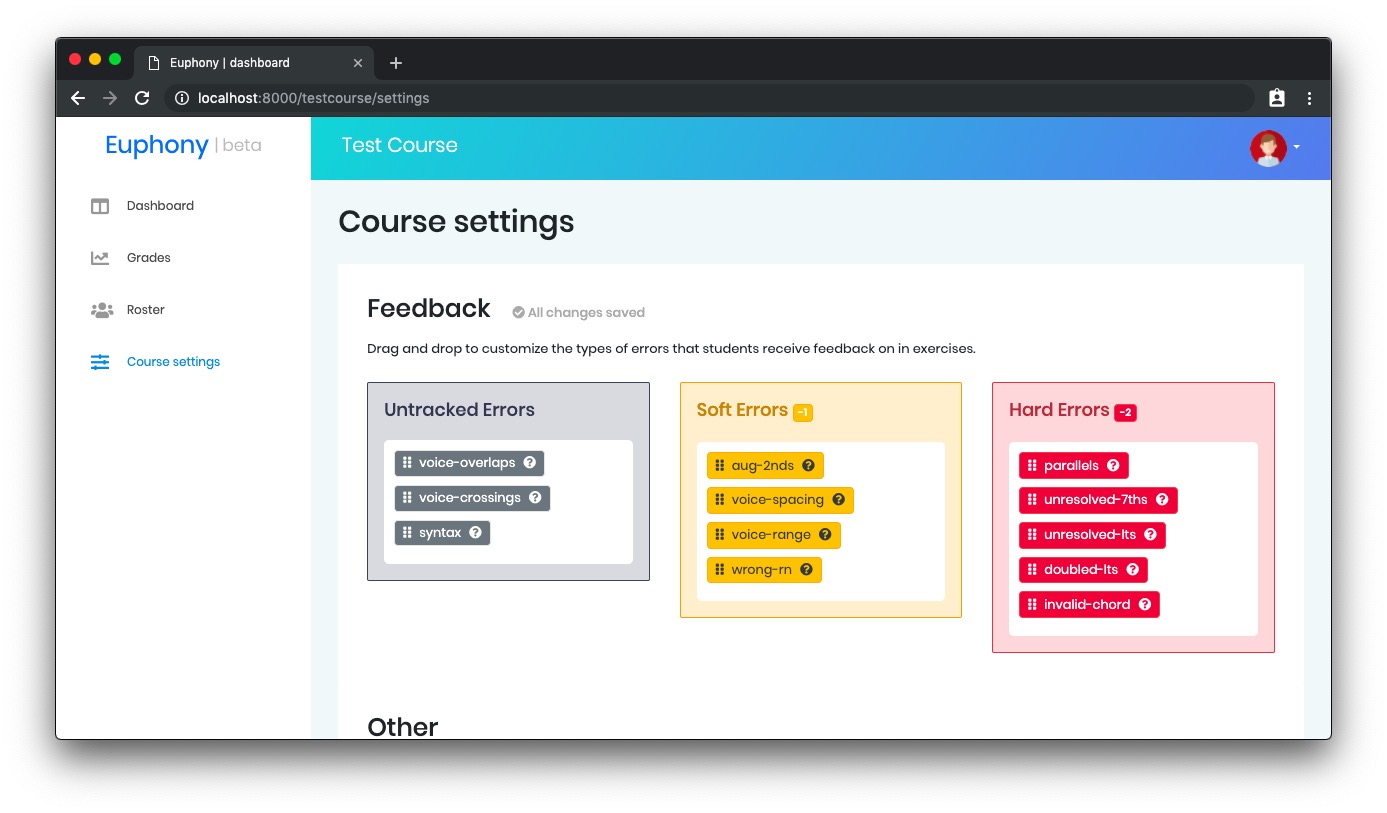 Students receive instant feedback as they work through an exercise. 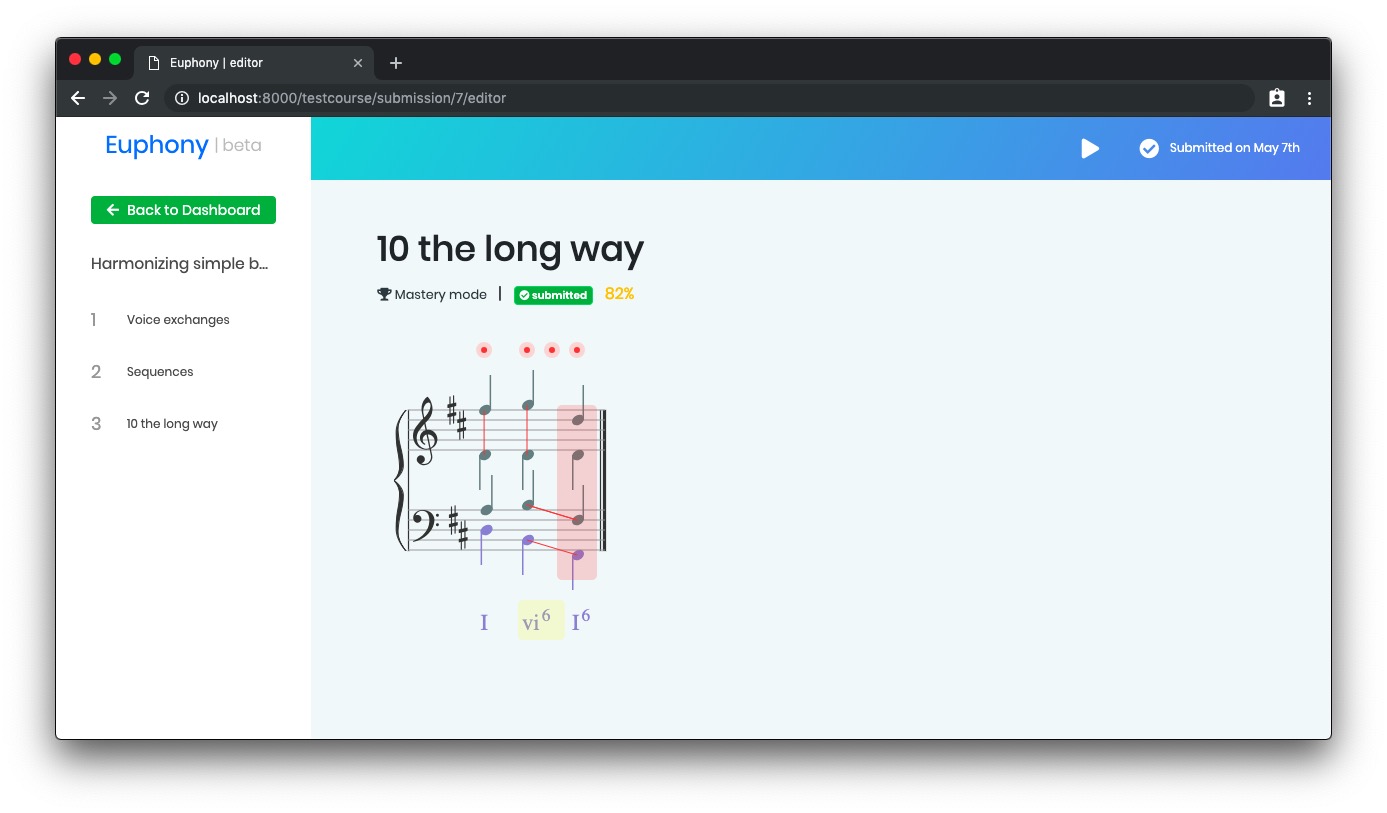